HOUSTON -- A man electrocuted while handling a low-hanging limb could not convince the Texas 14th Court of Appeals to reverse a summary judgment against him on Oct. 29.

The appeals court affirmed summary judgment for CenterPoint Energy Houston Electric, LLC (which owns the powerline in the case) in Roy Jordan, Jr.’s lawsuit. The Harris County District Court had previously granted judgment for CenterPoint, which argued it was protected with indemnity via Texas Health and Safety Code Chapter 752. That regulation bans someone from taking part in activities “with a certain proximity of high-voltage overhead power lines unless that person has given the operator prior notice and taken safety precautions,” according to the opinion.

Although Jordan appealed, stating that the lower court incorrectly interpreted Chapter 752, and that CenterPoint should not have received attorney fees, the appeals court determined “Jordan’s issues lack merit.” 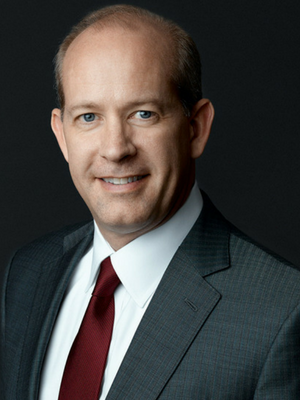 The court first disagreed with Jordan’s argument that CenterPoint’s expert F.M. Brooks incorrectly came to the conclusion that Jordan would have had to brought a tree limb within 6 feet of the line for electricity to go from the power line to his body. Without that occurrence, Jordan’s incident and injuries would’ve been impossible, the court said. The appeals court ruled, “Jordan offers no argument or authority explaining why Brooks' reliance on the facts or data described undermines Brooks' expert opinions. We, therefore, reject Jordan’s arguments that Brooks’ testimony assumes facts not in evidence, is conclusory, or is not readily controvertible or not credible.”

Jordan appealed and argued that the lower court should not have allowed business records into CenterPoint’s incident reports (such as fire department records and University of Texas Physicians records), but the appeals court pointed out that each record had an affidavit to go along with it, and that Jordan failed to show that the lower court abused its discretion when it failed to sustain his objections to the business records being submitted.

As for CenterPoint’s indemnity argument, the appeals court decided the power company properly proved that overhead lines above Jordan’s crème myrtles were high voltage. It showed evidence of the voltage, as well as pointing out that Jordan is “responsible for temporary work” when it comes to working near the high voltage overhead lines, according to the opinion.

“Because Jordan violated Chapter 752, he is liable to CenterPoint for all liability CenterPoint incurred as a result of the physical or electric contact with the high voltage line,” the court ruled.

It also backed attorney fees for CenterPoint, noting that the Chapter 752 indemnification provision allows the award.

Jordan’s electrocution took place amid the growth of two crepe myrtle trees adjacent to his driveway, and directly below overhead high voltage power lines that CenterPoint owns and keeps up. Jordan attempted to trim the trees due to limbs hanging over his driveway and scratching his truck. He never asked CenterPoint to cut the trees, and he failed to tell CenterPoint about his own plans to cut them ahead of time.

Instead, he was on the “lower bottom” of one of the crepe myrtles where the trees began to separate and used bolt-cutters to trim the branches. But when it came to one limb, he allegedly  put down the bolt-cutters and grabbed it with his hands. That is when he was electrocuted and suffered burns on his hands, legs and left foot.