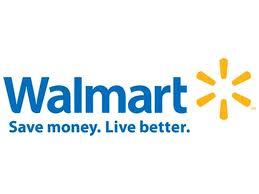 BEAUMONT – An area resident is suing Wal-Mart Stores Texas, claiming he slipped on a patch of ice nearly two years ago.

Seeking up to $75,000 in damages, Craig Veazie filed the suit Nov. 22 in Jefferson County District Court.

According to the lawsuit, Veazie was a customer at the Port Arthur Walmart on Jan. 17, 2018 when he slipped on a patch of ice just outside of the middle door.

Veazie claims there were no warning signs around the area and that Walmart negligently failed to warn him of the dangerous condition.

Veazie is suing for his past and future medical expenses, loss of earning capacity, impairment, pain, mental anguish and disfigurement.

Judge Kent Walston, 58th District Court, has been assigned to the case.

Want to get notified whenever we write about Walmart ?

Sign-up Next time we write about Walmart, we'll email you a link to the story. You may edit your settings or unsubscribe at any time.