How a So-Called “Expert Witness” Derailed an East Texas Jury 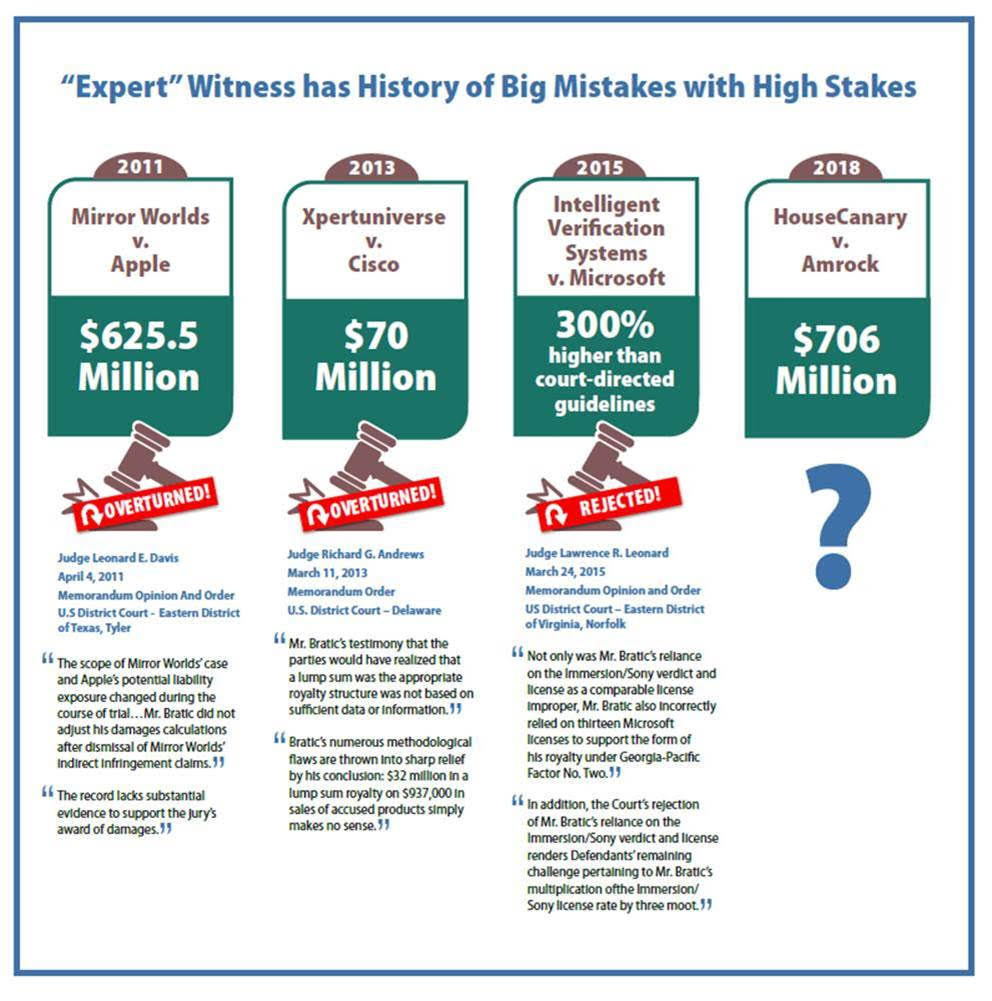 The dynamic nature of our tech sector fosters a flow of new startups entering markets constantly.  The speed at which companies can collaborate and innovate can significantly influence which may be the next Apple or Google and which will fail in their first year.  These innovations, often the result of tireless investment in R&D, are frequently safeguarded through our system of intellectual property – through protections like patents and trade secrets.

However, abuse exists in nearly every system, and a 2018 Texas trade secrets decision boasts record-setting spoils for potential abusers and how a so-called expert witness can derail a jury. This case, if left unchecked, is a stark warning of just how high the cost of collaboration can be.

As I’ve previously written, since the enactment of the Defense of Trade Secrets Act (DTSA) in May 2016, the United States has experienced a rapid spike in trade secret lawsuit filings – with the number of civil trade secrets cases filed in federal and state courts increasing by 30%.

For example, in 2018 a suit involving autonomous-driving technology trade secrets between Uber and Waymo resulted in a $245 million settlement in San Francisco early last year. In another California-based lawsuit, a jury awarded the U.S. branch of a Dutch semiconductor maker, ASML, $223 million in its suit against a local rival, XTAL, for misappropriating trade secrets.

But the $740 million award handed down in Bexar County, Texas’ Title Source v. HouseCanary takes the cake for 2018’s most costly verdict in a trade secrets case. This record-setting award is especially concerning because just days following the decision it emerged that the victor, HouseCanary, may never have possessed any of the trade secrets at issue in the first place.

Title Source, now known as Amrock, sued Silicon Valley-based HouseCanary for breach of contract when the company failed to develop an automated valuation model (AVM) mobile application. In the meantime, Amrock developed their own AVM based off common industry practices and publicly available information. HouseCanary, in turn, accused Amrock of trade secret misappropriation.

The case is currently under appeal with the Texas Fourth Court of Appeals, which rests on the new evidence that emerged only after the award was already handed down. Whistleblower testimony from four former HouseCanary employees confirms that the app they were hired to develop was not a “functioning product,” was “vapor ware,” and had “none of the [promised] capabilities.”

Notably, the high-dollar remedy was awarded with reliance on suspect “expert” testimony from HouseCanary’s witness, Walter Bratic. As it turns out, Bratic knows his way to the witness stand, having established a career as an expert witness willing who doesn’t let logic or facts inhibit his “expertise,” so long as the check clears. Several of his lofty uncorroborated damages estimates have ultimately resulted in reversal on appeal with his logic-defying damages figures cited prominently among the reasons why the lower court had erred in its initial findings.

In what would have been one of the largest patent awards to date, a U.S. District Judge in East Texas in 2011  overturned a $625 million jury verdict in Mirror Worlds LLC v. Apple Inc.  The judge  pointed out “the scope of Mirror Worlds’ case and Apple’s potential liability exposure changed during the course of trial” and “Mr. Bratic did not adjust his damages calculations after dismissal of Mirror Worlds’ indirect infringement claims,” – which would have reduced damages by approximately 50% to about $300 million.

In his opinion overturning the verdict, the judge wrote the record “lacks substantial evidence to support the jury's award of damages” liable for patent infringement, taking particular issue with the damages in Bratic’s dubious valuation suggesting Apple should pay whopping royalties.

However, these damages are only considered if it was proven that the infringed patent was so central to the entire product that it can be considered key driver of customer demand. On whether or not that standard was met, the appellate judge  stated, "The record lacks substantial evidence to support the jury's award of damages. The Court grants Apple's request for Judgment as a Matter of Law to vacate the jury's damages award.”

Bratic’s handiwork doesn’t end there. In 2013, his testimony in Xpertuniverse v. Cisco was deemed baseless and thrown out after he employed a bizarre “hypothetical negotiation” in which he contended both parties would have agreed to a $32.5 million lump sum royalty.

In the 2015 case IVS v. Microsoft, in which IVS accused Microsoft’s Xbox and Kinect of infringing on a facial recognition patent, the court ruled that Bratic erred in opining that royalty damages should be a running royalty of 3x the court-ordered royalty rate based on a prior case involving handheld controllers.

Likewise in his damages valuation testimony for HouseCanary, Bratic used an outrageous price of $11 per use for the AVM, which emails between Amrock employees from February 2015 make clear would never have been the agreed upon rate.

This case is the epitome of trade secrets litigation abuse – potentially an ominous high-dollar indication of an even costlier problem with broader impact on American innovation and competitiveness in a global technology sector. If the decision stands, the established precedent will further open the floodgates for abuse of IP protections – offering an attractive option for companies looking for a way around fair market competition and innovation.

What began as a $5 million contract has morphed into three-quarters of a billion dollars and a legal spectacle – in large part due to faulty reasoning and voodoo math of an expert witness with a history of over valuating for his clients and being overturned by the courts. Legal scholars and the entire tech sector are closely watching to see how this case plays out for the future of American innovation.

George Landrith is the President and CEO of Frontiers of Freedom — a public policy think tank devoted to promoting a strong national defense, free markets, individual liberty, and constitutionally limited government. Landrith is also an attorney and member of the bar of the United States Supreme Court.