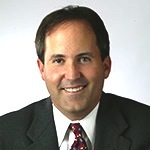 AUSTIN –  On Monday, Attorney General Ken Paxton filed an original action against the State of California in the U.S. Supreme Court, seeking to strike down California’s travel ban for states that uphold First Amendment protections for religious liberty.

California added Texas to the ban on state-funded travel after the Texas Legislature implemented a law allowing faith-based foster care and adoption agencies to decline placements that violated their religious beliefs.

According to a press release, Texas respects and honors the religious beliefs of its citizens. California lawmakers do not.

As a co-author of California’s travel ban admitted, they see religious beliefs as nothing more than “code to discriminate against different people.”

Texas partners with a diverse array of agencies to expand the number of safe and loving homes available to children. California’s opposition to diverse and inclusive options for foster children, along with its decision to utilize commerce as a tool of economic warfare, divide the nation and demonstrate a disregard for the safety and well-being of Texas children.

“California is attempting to punish Texans for respecting the right of conscience for foster care and adoption providers. And as the U.S. Supreme Court said recently in upholding the religious liberty of artist Jack Phillips, disparaging religious beliefs like the California Legislature did here, ‘as merely rhetorical – something insubstantial and even insincere,’ is inappropriate for any entity charged with enacting fair and neutral laws,” said Paxton.

“The law California opposes does not prevent anyone from contributing to child-welfare; in fact, it allows our state to partner with as many different agencies as possible to expand the number of safe and loving homes available to foster children. Boycotting states based on nothing more than political disagreement breaks down the ability of states to serve as laboratories of democracy while still working together as one nation—the very thing our Constitution intended to prevent.”