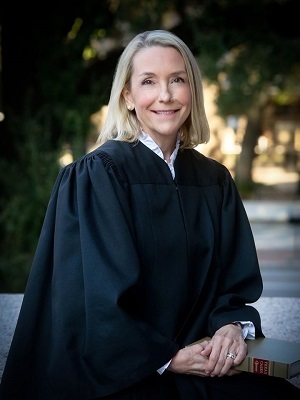 HOUSTON — An expert witness is not required to prove forgery, a state appeals court recently ruled in a Harris County probate dispute between siblings.

In its four-page memorandum opinion issued Feb. 13, a Texas Fourteenth Court of Appeals three-judge panel rejected an argument that a lower probate court's summary judgment should be set aside because no expert evidence was provided to prove forgery on disputed deeds.

The appeals court also affirmed the lower court's ruling that the sister in the dispute, Carrie Berry, could not recover mental-anguish damages from her brother, Juan A. Espinoza, "under a theory of compassion fatigue," the memorandum opinion said.

Berry claimed her brother was liable for mental-anguish damages because she alleged Espinoza "never offered nor contributed in any way, shape or form, to the well being of his Mother, and because he left the burdens of caretaking to Berry instead," the memorandum opinion said.

"Insofar as Berry alleged that Espinoza was negligent, the trial court correctly ruled that, as a matter of law, mental-anguish damages are not recoverable," the memorandum opinion stated. "And insofar as Berry has advocated for the recognition of a new claim, where mental-anguish damages might be recoverable, Berry has not addressed any of the factors that a court must analyze before it expands the landscape of individual liability."

The case stems from a lawsuit filed by Espinoza, administrator of his late mother's estate, against his sister, according to the background portion of the memorandum opinion. Espinoza alleged, among other things, that Berry forged signatures on multiple deeds, including a deed she notarized.

In two motions filed for partial summary judgment, Espinoza sought to quiet title to two disputed properties and relied on evidence from lay witnesses to show that the signatures on the deeds had been forged.

Berry did not respond to either motion.

The trial court granted both motions, and at a Harris County probate court later ruled that Berry’s claim for compassion fatigue was not actionable as a matter of law, the memorandum opinion said. After a bench trial on attorney’s fees, the trial court merged these various rulings into a final judgment, from which Berry now appeals.

In the appeal from a Harris County probate court that ruled, the appeals court consider whether proof from a handwriting expert is necessary to establish a forgery and if mental anguish damages may be recovered in a claim for “compassion fatigue.”

The appeals court determined that the answer to both of these questions is 'no,' Christopher wrote in the court's memorandum opinion.