Lanier and Herd should settle with Sheri Dorgan, and soon 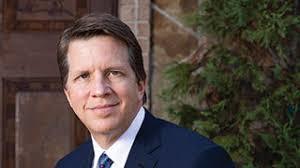 “[D]ue solely to the fault of the Super Lawyers, Sheri’s personal injury claims are forever barred and she will never recover for the severe injuries she suffered....”

That’s how Sheri Dorgan sums up the bind she was put in when attorneys Mark Lanier and Charles Herd – the so-called Super Lawyers she’d hired to represent her – failed to respond in a timely manner to a show of cause order from federal Judge Carl Barbier, who then dismissed her case with prejudice.

Exposed to hazardous chemicals after the 2010 Deepwater Horizon oil spill, Dorgan hired Lanier and Herd – at the time, a Lanier Law Firm attorney – to file a claim against BP on her behalf, then turned around and sued them both for more than $1 million in damages when her case was dismissed because of their alleged negligence.

“Sheri chose Defendants to represent her because they held themselves out as the best lawyers for the task. Lanier represents that he is ‘one of the top trial attorneys in the United States,’” her suit against Lanier and Herd asserts.

When the trial court rejected his motion to compel arbitration, Lanier appealed unsuccessfully. He has since moved for extensions multiple times – which Dorgan, whose health is deteriorating, interprets as delaying tactics, confiding that she does “not expect to live long enough to see a verdict in my case” and speculating that Lanier “knew that from the beginning.”

Last month, on Valentine’s Day, Lanier filed an appellate brief arguing that the trial court abused its discretion by not enforcing the arbitration provision in his original agreement with Dorgan. The lower court concluded, however, that Dorgan’s precarious finances – because of her injuries, she has been unable to work since mid-2010 –  prevented her from effectively engaging in arbitration.

Why are Lanier and Herd playing hardball with a dying woman? Can they not act like gentlemen and offer her a generous settlement before she dies?

Deny blame if you want to, fellas, pretend like you’re being charitable, but do the right thing.

Want to get notified whenever we write about LANIER LAW FIRM ?

Sign-up Next time we write about LANIER LAW FIRM, we'll email you a link to the story. You may edit your settings or unsubscribe at any time.