DALLAS – Since 2012, hundreds to thousands of lawsuits are filed after every hailstorm strike within the state of Texas, naming countless insurers, agents and adjusters as defendants.

Two of those suits mistakenly named an insurance agent with no connection to the men who sued her – a “malicious” action that has damaged her and her husband’s “spotless record” and put their careers “in jeopardy,” according to a recent lawsuit. 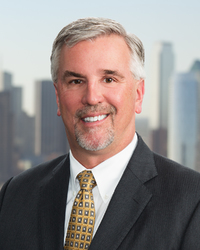 Alleging she was wrongfully sued, Jane Doe and her husband John Doe filed suit against Arguello Hope & Associates, along with several of the firm’s attorneys, and Schavon Jahn and Albert Zavala, the men who sued Jane, on March 13 in Comal County.

Steven Badger of Zelle LLP, a Dallas attorney leading the Texas insurance industry’s response to mass storm litigation, says the Does’ lawsuit illustrates the commonplace failure of hail attorneys to conduct an investigation before filing suit.

“With this ‘sue now investigate never’ approach, it is not surprising that the wrong people are getting sued,” Badger said. “It’s unconscionable – it’s an embarrassment to the Texas legal profession.”

Last year, Jahn and Zavala, through Arguello Hope & Associates, brought hail lawsuits against Allstate and its adjuster, Jane, accusing her of unfair settlement practices and conducting substandard investigations on the insurance company’s behalf.

The problem, neither Jane or John Doe have ever worked with, been contracted for or been employed by Allstate as an adjuster, court records show.

“These lawsuits contain boilerplate fill-in-the-blank allegations. I’d be surprised if a real lawyer’s eyes ever even saw these petitions before they were filed,” Badger said. “It’s a become a lawsuit mill. Case runners refer clients, staff members fill in the blanks on petitions, electronic lawyer signatures are added, and lawsuits get filed.

“Try to call a hail lawyer whose name is on one of these lawsuits to talk about the lawsuit right after it is filed – the lawyer will know absolutely zero about the facts of the matter. I guess this should not be surprising given that it is common for hail lawyers to file hundreds of these lawsuits each year.”

In her petition, Jane says the “fictitious” lawsuits against her caught the attention of the Texas Department of Insurance, leading her to surrender her insurance license to prevent a permanent-record investigation.

Additionally, Jane and her husband, a private contractor employed by the government, must now “explain in great detail all the facts surrounding both lawsuits each and every time their security clearance is reviewed from now until the end of their careers.”

“Jane and John Doe have been damaged by the mark to their previous spotless record,” the petition states. “Their future employment has been put in jeopardy by the malicious actions of the defendants.”

And although Jane received a letter of apology from Arguello Hope and has been non-suited from both complaints, she now lives in a state of constant panic and had to be prescribed medication to deal with “her extreme emotional anxiety created by the defendants.”

The fallout created by hailstorm lawsuit abuse led to the drafting of Senate Bill 10 - a piece of legislation currently being considered by the Texas Legislature this session.

Badger believes Jane’s lawsuit is a perfect example of the need for the bill’s provision limiting lawsuits brought directly against individual insurance adjusters.

“These adjusters are being sued purely as a litigation tactic,” Badger said. “Their lives are sadly being impacted by these lawsuits. These baseless lawsuits are affecting their credit and causing unwarranted stress in their personal lives.

“Imagine having a process server show up at your house every week with a new lawsuit.”

Jane and her husband are seeking around $1 million in damages.

They are represented by Charles Sullivan, attorney for the Canyon Lake law firm Jones Sullivan PLCC.

Philip Broderick, Andres Arguello and Samantha Fenwich are also named as defendants in the Does’ suit.