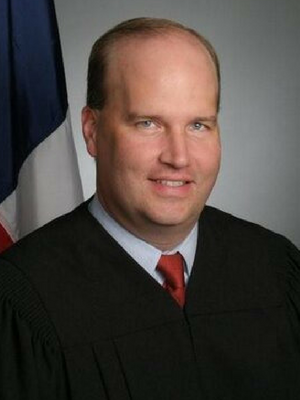 Justices Ken Wise and Kevin Jewell concurred in the opinion.

Appellants G&A Outsourcing Inc., G&A Outsourcing II LLC. and G&A Outsourcing III LLC had challenged a ruling from a lower court that agreed with the Texas Workforce Commission’s decision to deny their request for an unemployment tax refund. The TWC shut down the request when it refused to green-light their application for a partial transfer of compensation experience via Labor Code regulations and the appeals court affirmed.

The court noted the appellants’ understanding of Sections 204.085 and 204.08851 of the Texas Labor Code does not align properly. Based on the appellants’ understanding, a successor employer could earn the reduced “new employer” tax rate by simply stating that the transfer was completed with the hopes of getting a lower contribution rate. But the appeals court said, “By evidencing this intent, an employee would be able to bypass the tax rate formulas in sections 204.085(a) and 204.051, rendering these provisions useless … We decline to adopt an interpretation that would work against TUCA’s aims with respect to the transfer of compensation experience among employers.”

The appellants also say the lower court should have let them submit TWC’s decision as evidence. The phrase they wanted as evidence is, “We believe that this is the essence of manipulating the experience system by minimizing the impact of chargebacks to the predecessor’s or successor’s tax account. We so hold,” according to the opinion.

Considering that the court did not accept the appellants’ understanding of Section 204.085(d) as it relates to their claim considering “their transfers were ‘accomplished solely or primarily for the purpose of obtaining a lower contribution rate,’” based on the appeals court as it affirmed the lower court’s decision to exclude TWC’s written decision.

The appellants are commonly owned professional employment organizations (PEOs), which are hired by employers to offer payroll administration. PEOs have the responsibility of distributing payroll checks to companies’ employees and pay unemployment taxes owed on the employers’ payroll.

The following August, the appellants then attempted to partially transfer G&A’s compensation experience to G&A II and G&A III through applications filed under Section 204.085.

The appellants then sued in and filed a motion to compel the deposition of a TWC representative. The lower court denied that motion to compel and the appellants appealed in the Third Court of Appeals. But their case was moved to the current court under a Texas Supreme Court transfer order.