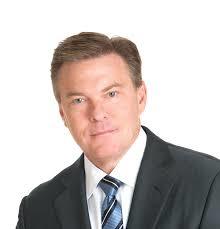 HOUSTON ― The family of a Texas man has sued Waller County over what they allege was excessive force and unprofessional police conduct in the execution of a raid that left the man dead.

The suit, filed Aug. 6 in federal court, stems from a July 18, 2018 raid on the home in Pattison, Texas, where Robert Michael “Mickey” Coy age 59 was asleep in the bedroom with his lady friend of many years.  A Waller County SWAT team arrived at the home early that morning to execute a search warrant which did not name Coy. Around 5:30 a.m., officers stormed the home, breaking down a door and window and prompting Coy to tell his lady friend to call the police, according to the plaintiffs’ complaint.

In the course of the ensuing chaos, a deputy shot and killed Coy.

Plaintiffs allege the deputies failed to “meaningfully knock” or employ a number of less-combative tactics before barging into the home.

The deputies “undertook the raid of (the) home in SWAT gear including body armor, helmets and knee pads, and heavily armed with firearms, ammunition, and various tools,” the complaint says.

The search warrant gave police the authority to search the home for child pornography on computers and other devices in the home.

“This case is a classic example of excessive police force,” an attorney for the plaintiffs, Rob Ammons of The Ammons Law Firm, said. “Waller County sheriff’s deputies had no reason to suspect that Mr. Coy was a violent offender or that he had broken any law. No one was being held hostage in the home. No one in the home had a history of violence.  The loss of Mr. Coy’s life was senseless -- and 100 percent preventable.”

The suit is filed on behalf of Coy’s three daughters. Coy, 59, had five grandchildren and three great-grandchildren. He worked as a landscaper.

Want to get notified whenever we write about The Ammons Law Firm LLP ?

Sign-up Next time we write about The Ammons Law Firm LLP, we'll email you a link to the story. You may edit your settings or unsubscribe at any time.