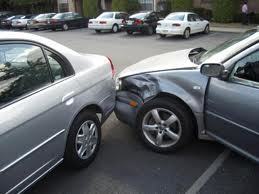 BEAUMONT -- The Court of Appeals Ninth District of Texas determined Aug. 8 that Mexican law, not Texas law, applies to liability issues in a case against Toyota as the court reversed and remanded a lower court ruling.

Toyota Motor Company was sued by Linda Cook, Sanford Jones, James Thomas Lyle, Gary Gray, East Texas Educational Insurance Association, New York Marine and General Insurance Company. The plaintiffs, who are Texas teachers or relatives of teachers, sued after a car crash in Mexico killed three of the teachers and injured the others. In the appeal, the plaintiffs insist the case against Toyota is one of product liability, stating the car was defectively designed, manufactured and marketed by the car company.

They filed several lawsuits in Jefferson County District Court for damages, but the lower court granted their motion to apply Texas law, and denied Toyota’s motion to apply Mexico’s law.

The appeals court stated in the opinion, “The trial court erred in ruling Texas law applies to all issues in the case. Having applied the restatement’s most significant relationship test to substantive issue, we conclude that the law of Mexico applies to liability issues and punitive damages issues, and Texas law applies to the issue of compensatory damages.”

Because the appeals court could not say that Texas law or Mexican law should apply to the entire case, it had to determine which law carried the most weight in this case. When it comes to restatement, the appeals court first noted the actual accident, and the behavior that caused the injury, happened in Mexico.

Although the residence and place of incorporation is in Texas for the plaintiffs and Japan for Toyota, the court also noted that “the place where the relationship of the parties is centered – favors the application of Mexico’s law. With respect to Toyota, it was not until they climbed into the van in Mexico that any relationship existed between plaintiffs and Toyota.”

The plaintiffs argued that Texas has a more stable policy than Mexico when it comes to protecting residents in manufacturing defect cases like this. The appeals court ruled that applying regulations such as Texas law to tort claims that stem from events in Mexico could appear to be an attempt to override Mexico’s authority.

Ultimately, the appeals court also made it clear that Toyota has no connection to Texas, other than conducting business in matters that are not related to this case. For the bigger picture, Texas was not involved in designing the Toyota car in question.

The appeals court added, “We conclude it is unreasonable to expect Toyota to anticipate the residence of each potential passenger and further, to be held to the various laws of each passenger’s home state, rather than the law applicable to an accident’s location.

Considering this, it reversed and remanded the lower court’s order.

On the day in question, the plaintiffs were in Mexico for a Spanish immersion program. While there they were provided with a Toyota HIace van, which is licensed and registered in Mexico. As they were heading to visit caves the van swerved off the highway and killed three of the teachers. Everyone else in the car was injured. The driver was later found liable for the accident.