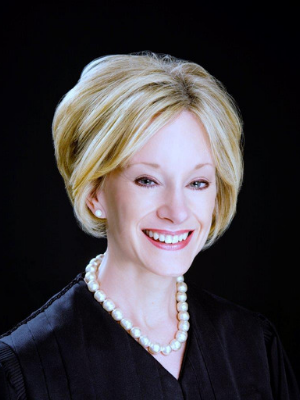 DALLAS -- An apartment tenant failed to convince an appeals court to grant his apartment complex summary judgment after an altercation.

He filed the lawsuit following an altercation with an off-duty plainclothes police officer, Taylor Smith, who was a courtesy officer, working as security for the Aberdeen complex where both Smith and Royale lived. Although Royale was not physically hurt, he ultimately filed the lawsuit.

The Dallas County District Court dismissed the premises liability, IIED and Texas Fair Housing Act claims, and granted summary judgment on the defamation claim. In his appeal, Royale also took issue with the lower court ignoring his fraud claims as well. The appeals court affirmed the defamation and premises liability decisions but reversed the IID and Texas Fair Housing Act rulings and remanded back to the lower court.

The appeals court first noted that the lower court was not allowed to take into account evidence besides rule 59 exhibits, “of which there are none,” based on the opinion.

As for the premises liability claim, it only prevails if a defendant owes the plaintiff a legal duty. But in this case, the ruling noted Royale also failed to show that he suffered an injury from an issue with the premises. The appeals court said, “he fails to allege a dangerous condition, much less a condition that is ‘unreasonably’ dangerous.” So the appeals court affirmed dismissal of this claim.

When it comes to the IIED claim, the appeals court said the lower court should not have dismissed this claim. “Royale has alleged a recognized cause of action under Texas law, and we cannot say his allegations, ‘taken as true, together with inferences reasonably drawn from them, do not entitle the claimant to the relief sought,’” said the appeals court. “Thus, his claim has a basis in law.”

It also sided with Royale on the Texas Fair Housing Act claim. It noted that not only could a reasonable person believe Royale’s facts, but added that Royale’s claims include a recognized cause of action that allow him to be granted relief under the act, if proven true.

Still, his fraud attempt fell short as Royale failed to raise the claim in the lower court. According to transcripts, the lower court told him that had the right to file an amended petition, and Royale did not do so. On top of that, he did not challenge the lower court’s statement that there were no more claims to be heard after the defamation claim.

“At no time did Royale challenge or dispute statements by the trial court and appellees’ counsel that the defamation claim subject of appellees’ motion for summary judgment was Royale’s only remaining claim and that no claims remained after his defamation claim was dismissed,” said the appeals court.

The appeals court affirmed the dismissal of the defamation claim, stating that his opening brief doesn’t confront every round on which the lower court could have granted summary judgment.

In the incident, Royale said Smith stopped him in the parking lot “without probable cause” but instead because he “is a black male with dreadlocks,” according to the appeals court. Smith said he stopped Royale after he saw him pulling the door handle of someone else’s apartment and staring at a child. While Royale said this is completely not true, he said Smith “viciously harassed” and “verbally threatened” and attempted to “violently [provoke him] into a physical confrontation,” based on the opinion.

Smith then told Royale he was an officer, and Royale allegedly ran to the leasing office for safety because he thought he was in danger. Smith followed Royale and Royale yelled that he was getting harassed in the parking lot. The apartment complex manager Vicki Hibdon joined in with Smith and allegedly scared and threatened Royale. He was allegedly threatened to be put in handcuffs, arrested and ultimately booted from the property. Royale insists he suffered “illegal racial profiling.” He said both Hibdon and Smith misused their authority and displayed inappropriate behavior.

Want to get notified whenever we write about Texas 5th District Court of Appeals at Dallas ?

Sign-up Next time we write about Texas 5th District Court of Appeals at Dallas, we'll email you a link to the story. You may edit your settings or unsubscribe at any time.