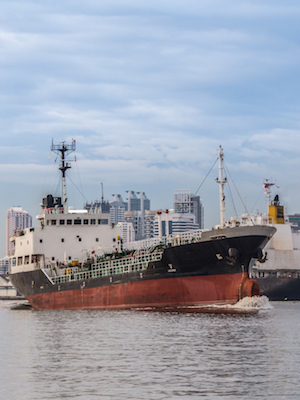 HOUSTON — A Louisiana maritime worker is suing his employers, alleging he was injured when hit by a load of pipes.

According to the complaint, Mathieu was working aboard the Noble Globetrotter I on Aug. 18. The suit states Mathieu was assisting during lift operations and while the crane operator was trying to lift a bottom hole assembly, the plaintiff was struck by the pipes and trapped between the pipes and a handrail.

The plaintiff alleges he sustained physical impairment and will suffer in the future due to his injuries caused by the defendants' failure to provide proper and adequate crew and a reasonably safe place to work.