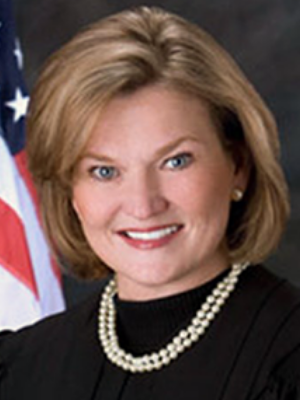 HOUSTON -- An  appeals court has turned down a surgical center’s appeal that a patient suing it for health care liability did not provide the proper expert in the lower court and has dismissed the case.

Although the defendants said in the appeal that the report of an expert for plaintiff Patricia Phillips, who sued after a breast augmentation went wrong, did not meet Texas Medical Liability Act requirements, Justice Meagan Hassan wrote, “Dr. [Lincoln] Miller’s report shows he is knowledgeable, skilled, and experienced in diagnosing and treating patients with breast infections like the one suffered by Phillips.” Chief Justice Kem Frost and Justice Ken Wise concurred.

Considering this, the justices denied Ciaravino’s argument that Miller was not qualified because he did not prove he was well-versed enough in the plastic surgery field. It also disagreed with Ciaravino’s concern that Miller’s report did not properly address breach of relevant post-operative standard of care.

The judges pointed out that Miller’s report provides specific details on the necessary standard of care for a doctor who treats a patient after undergoing breast implant surgeries, and later suffers a possible infection such as redness, pain and tenderness of the breast.

Ciaravino also took issue with a report by Miller and Dr. Rathel Nolan concerning what caused Phillips to develop the infection, and stated their opinions were no more than speculative.  But the judges determined in the opinion, “Dr. Miller’s report is neither conclusory nor speculative. He explained why Dr. Ciaravino’s failure to consult an infectious disease specialist, immediately obtain a culture, and prescribe antibiotic treatment informed by laboratory culture analysis caused Phillip’s infection to spread and caused her additional and prolonged pain.”

As for First Street’s issue, although it argued that no new issues were raised in Miller’s third report and Nolan’s updated report, the lower court should not have denied the dismissal of the case. But the appellate judges pointed out that the lower court’s issue was not with what was in the reports. Instead, the objections were that the initial reports were filed late.

Hassan added, “Even if the trial court found Dr. Miller’s revised report to be deficient, it has the authority to alter its order before the expiration of its plenary power.”

The appeals court also addressed First Street’s concern that the revised report by Miller and Nolan does not show how the health facility breached its standard of care. The judges disagreed with this argument as well and noted that the standard of care for a surgical health care center like First Street would require Phillips’ skin to be disinfected, the implant to be kept in clean hands and an antiseptic environment before implantation, and that the surgical area had to remain germ-free. The experts detailed in their reports that First Street failed to accomplish these tasks.

As for causation, the experts also proved that when they noted the reason for Phillips’ infection was fecal bacteria, which they said was caused by the center’s failure to properly cleanse and disinfect her skin before surgery.

Phillips underwent breast implant surgery in 2005. Ten years later Ciaravino replaced Phillips saline breast implants with silicone at First Street. On Oct. 1, 2015, Phillips suffered tenderness and redness in her right breast and called Ciaravino’s office. She was prescribed oral ciprofloxacin and oral fluconazole. She also came into his office Oct. 2, 2015, and was referred to First Street for further antibiotic treatment.

Three days later, court records show, Ciaravino removed her implants and a wound culture was removed from her breast. She was discharged from the hospital with oral antibiotics (ciprofloxacin) the next day. Still, Phillips spotted redness and drainage from her left breast on Oct. 8, 2015, and went to Memorial Hermann Hospital where she was treated for cellulitis in her breasts.

An infectious disease physician also removed cultures that were positive for Klebsiella oxytoca from her breasts, the suit states. The cultures obtained Oct 5 also tested positive for serratia marcescens. This type of bacteria is typically discovered in the human colon.

Philips had to go into surgery Oct. 14, 2015, to drain her left breast hematoma. Her right breast was treated via a washout procedure, and she was given Levofloxacin, an oral prescription. She was later discharged from the hospital Oct. 17, 2015, and sued Ciaravino and First Street for negligence.