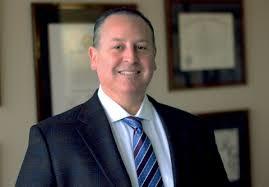 HOUSTON – With the state’s first opioid trial set to go less than a year from now, discovery issues were at the forefront of discussion during a recent status conference hearing.

Dallas County, the second most populated county in Texas, has been selected for the state’s first opioid bellwether trial, which is tentatively set for October 2020.

Dozens of Texas counties and cities, including the state itself, have filed opioid lawsuits asserting manufactures and distributors had knowledge of the dangers of opioids but concealed the information for profit.

Most of the suits are currently in a multidistrict litigation court in Harris County and assigned to Judge Robert Schaffer of the 152nd District Court.

The status conference hearing was held Nov. 15, during which Simon expressed several concerns about discovery issues, starting with the defendants asking the court to boot any cases if the plaintiffs failed to answer a fact sheet within 14 days.

In response, Judge Schaffer told the defendants it was a “safe assumption” that the plaintiffs wanted to try cases as quickly as possible and weren’t going to be “throwing up road blocks.”

The judge ordered that fact sheets be produced 30 days from the date of the hearing.

Simon reassured the judge that the fact sheets would be completed much sooner than 30 days and that his team wouldn’t just hang on to the documents until the last second.

“We’re not going to complete them in two days and submit them 28 days later,” he said.

The next big discovery issue discussed at the hearing was the accurate identification of custodians of records.

Although everyone in attendance seemed to agree that the undertaking was a massive one, the judge reminded the lawyers that they needed to stick to deadlines for the trial to press forward.

Perhaps the largest concern presented during the hearing was data retrieval and the troubles the plaintiffs have been experiencing when using “search terms” provided by the defendants.

Simon told the court Dallas County has “voluminous” amounts of information and that he and his team are trying to figure out a way to get the defendants what they want without having to spend hundreds of thousands of dollars.

The judge asked if it were possible for the defendants to send their own experts to the county to look at the data, to which Simon responded by telling him that there was “sensitive information” that only county employees are allowed to access.

There was also a brief discussion involving possible damages. Simon said he would seek the county’s total damages.

For example, although Parkland Hospital (Dallas County’s public hospital) has initiated its own opioid lawsuit, Simon said the county would seek to recoup damages it incurred at the hospital.

“This is a monster – it really is,” said Judge Schaffer toward the end of the discussion.

The next status conference is slated for Dec. 6.