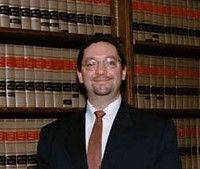 BEAUMONT – A Jefferson County jury recently awarded nearly $34,000 in damages to a woman claiming she was injured by the negligence of a company hired to remediate flood damage caused by Hurricane Harvey.

According to the original petition, as a result of Harvey Keller’s Port Neches’ home sustained significant flood damage. Keller and her husband hired VIS for the remediation.

“While Defendant was engaged in work at Plaintiff’s home, the Defendant negligently dropped a large metal piece from a book case onto the Plaintiff, landing directly onto her eye,” the lawsuit states.

The case was called up for trial in November and ended with jurors finding that both Keller and VIS were negligent in causing the injury, assigning the majority of the blame, 88 percent, to VIS, according to the charge of the court.

A motion to enter final judgment on the jury award was filed on Nov. 22, court records show.

Court records also show that back in January VIS filed a third-party petition, asserting that Keller’s husband had agreed to indemnify the company.

VIS is represented by the Law Offices of Roy Wygant in Lake Charles.