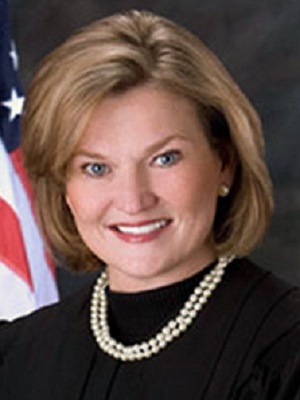 A plea for jurisdiction for the Texas Workforce Commission (TWC) was affirmed as an appeals court dismissed a Houston woman’s claims that she was owed Disaster Unemployment Assistance (DUA) amid the aftermath of Hurricane Harvey.

On Dec. 31, the Fourteenth Court of Appeals ruled in favor of the TWC, and against Latia M. Jones, who was denied her application for DUA several times.

Jones leaned on several Labor Code provisions to back her claims. But Justice Charles A. Spain wrote, “These provisions apply only to TWC administrative decisions made on a claimant’s application for unemployment benefits under the Texas Unemployment Compensation Act,” according to the opinion. “They do not apply to the TWC decisions regarding a claimant’s application for federal DUA benefits…”

Justice Spain, along with Justices Kem Frost and Justice Margaret “Meg” Poissant  who concurred, also determined that Jones’s claims ignored the lower court’s jurisdiction, and that the claims she wants damages for are all related to being denied DUA benefits.

Jones initially requested relief under federal DUA but was denied after the TWC determined that her unemployment “was not a direct result of a major disaster,” according the opinion. She then asked for an administrative appeal. The TWC subsequently had an administrative hearing via telephone, and the TWC appeal tribunal backed the previous decision that Jones was not entitled to DUA. Jones then requested another appeal. TWC sent the appeal to the U.S. Department of Labor (DOL) for the ultimate decision. The DOL also denied Jones’s application.

But while her administrative appeal was pending, TWC gave Jones DUA benefits, and later realized it was a mistake. It tried to seize the benefits as Jones continued to appeal the denial to the point where she exhausted all of her chances at an appeal. She then took her case to the Harris County District Court and sued TWC and a handful of its workers, stating that she was owed a “trial de novoa s a matter of right” thanks to the Texas Labor Code section 212.202, to challenge what was described as TWC’s “reversed decision/determination” of her DUA claim, according to the appeal. The lower court sided with TWC and its employees and dismissed the claims for lack of jurisdiction.

Want to get notified whenever we write about 14TH COURT OF APPEALS ?

Sign-up Next time we write about 14TH COURT OF APPEALS, we'll email you a link to the story. You may edit your settings or unsubscribe at any time.