A mortgage company involved in a complex leasing case didn’t prove that it was owed a more than $40,000 judgment on its accounting claims, an appeals court ruled.

On. Jan. 16, the Court of Appeals for the Ninth District at Beaumont determined whether land connected to mineral interests were still a part of a pooled unit after the leases ended by foreclosure.

T.W. Moak and Moak Mortgage and Investment Co. sued Samson Exploration LLC, Lucas Petroleum Group Inc. and Bold, claiming that it was the record owner of undivided mineral and leasehold interests. Moak said it was owed "the opportunity to participate in the production of oil, gas, and other minerals therefrom or from lands pooled therewith, or proceeds from the sale thereof,” according to the lawsuit. 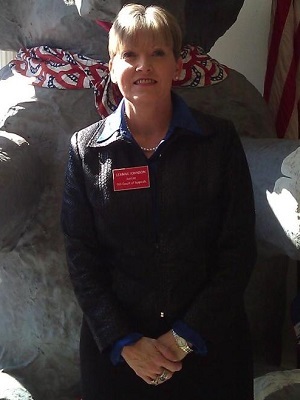 The appeals court ruled that Moak is not owed judgment for its accounting claim.

“Had defendants produced minerals from the subject properties in which Moak has a mineral interest, defendants would have to account to Moak for its share of minerals produced less the necessary and reasonable costs of producing and marketing the minerals,” wrote Chief Justice Steve McKeithen. Justices Charles Kreger and Leanne Johnson concurred.

Still, evidence indicates that there weren’t any minerals made for the subject properties, the court ruled. Moak also didn’t have a contract with the defendants, or even the other mineral interests’ owners in the unit, to show that Moak was owed the minerals made in the unit, McKeithen wrote.

Moak also failed to recover or authorize the leases for the subject properties that faced foreclosure. Since Moak didn’t actually have a contractual relationship with the defendants, Moak didn’t show that it was owed the accounting claim, McKeithen wrote.

While the initial leases consisted of the land detailed in the lease, the original lessors didn’t obtain the rights to the lands as the properties were hit with foreclosure, the court ruled.

Ultimately, the judges ruled that Samson didn’t owe Moak any royalties, and Moak didn’t show it was entitled to unjust enrichment and conversion. So, it reversed the trial court’s ruling that awarded Moak $43,188.88 in equitable damages and ruled that Moak isn’t owed any amount from Samson

The judges didn’t see the need to address Bold’s cross-appeal and affirmed the lower court’s ruling that Moak is owed nothing concerning Bold.

The case then went to bench trial, where the court sided with Bold against Moak, stating that Moak wasn’t owed anything. But it also ruled for Moak against Samson on the claims for conversion and unjust enrichment and granted Moak $43,188.88 from Samson for equitable damages. Samson appealed the judgment, while Moak also appealed, leading to the new result.