Judge Plumlee, how do you plead? 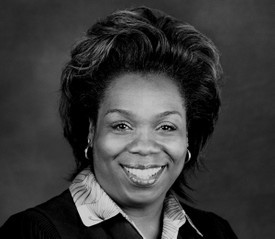 Family court judges don’t win popularity contests. In most of their cases, one of the parties appearing before them will be disappointed by the outcome. In many cases, both parties will be.

Restraining orders, child support, custody provisions – the details of such considerations, and all the acrimonious behavior making them necessary, cannot help but inflame the passions of the parties involved and tempt them to blame the judge for the misfortune they’ve brought on themselves.

That’s assuming, of course, that the judge is fair-minded and determined to make the best of a bad situation for the alienated spouses and their offspring. Believe it or not, there are some family court judges who lack the temperament and discernment to fulfill those challenging duties properly.

Some are simply not fit for the role of family court judges. They don’t understand the law they’re supposed to interpret, have no empathy for the parties appearing before them, and lack the ability to distinguish between truth and falsehood. In short, they have nothing to offer fractured families.

Any family court judge can be second-guessed, of course, and occasionally reversed on appeal, but, when it happens over and over again, one has to wonder.

In the decade that she has presided over the 330th Judicial District Court in Dallas County, family court Judge Andrea Plumlee has seen her decisions appealed, and reversed, numerous times.

In one case, Plumlee entered a default divorce judgment against a husband who had not been notified of the hearing. Not surprisingly, the Fifth Court of Appeals found that her decree violated his due process rights.

In another case, her order for a father to pay $1,450 in child support was reversed because there was no basis for that figure.

Plumlee was reversed on another occasion because the case in question clearly should have been transferred to another jurisdiction.

Those are just three of more than 100 Plumlee cases that have been appealed in the last ten years. Maybe it’s time for the court of public opinion to weigh in on Plumlee.

Want to get notified whenever we write about COUNTY OF DALLAS ?

Sign-up Next time we write about COUNTY OF DALLAS, we'll email you a link to the story. You may edit your settings or unsubscribe at any time.