BEAUMONT – For several years, the Record reported on the suspect legal happenings surrounding Kent Livesay, an Edinburg attorney who made his living suing insurance companies.

On June 22, Livesay was sentenced to five years in prison after pleading guilty to insurance fraud and barratry – a scheme that involved illegally paying roofers and adjusters to drum up clients after a hailstorm strike. 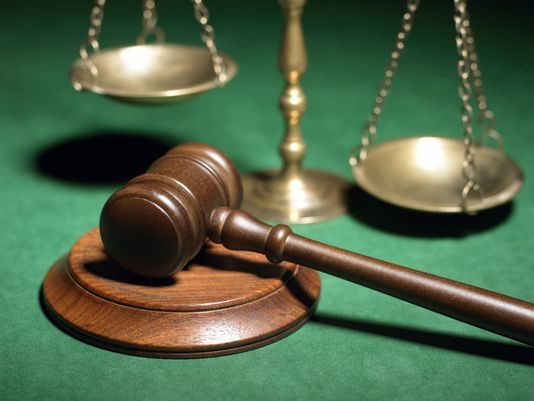 Wilson, a Houston-area attorney specializing in insurance litigation, told the Record, Livesay was “full of crap.”

“I’ve never spoken to that guy in my life,” Wilson said when asked about his possible connection to Livesay.

Bertini, a Galveston attorney, could not be reached. The website for his law office was no longer active and several phone numbers associated with him and his firm had been disconnected.

While the relationship between Livesay, Wilson and Taylor remains unclear, there is one individual tying all three attorneys together, Jorge Garcia, a non-lawyer and manager of Lambco, which later became known as House of Tomorrow.

Livesay testified that when he expanded his practice into Tarrant County three years ago, Garcia, with the help of several other individuals, recruited hailstorm victims for his law firm.

“We (Livesay and Garcia) discussed doing hail claims here in the North Texas area, and he agreed that some of my people would get with his people and set up the deals,” Livesay testified.

Apparently, Garcia had dealings with more than one Texas attorney.

Wilson told the Record Garcia approached him and gave “a song and dance” on how insurance companies were taking advantage of Dallas residents hit hard by hailstorms.

Wilson agreed to help out and says Lambco referred clients to him, but that he “certainly never paid” the company and dealt with clients directly for the short time he was involved.

“Red flags began popping up everywhere,” Wilson said. “As soon as I saw some weird stuff going on, I disassociated with them (Garcia and Lambco) immediately.”

Taylor also maintains that Garcia contacted her, telling her that he was “adamant that he could get clients to sign her contract.”

Taylor says that she never paid Lambco for referring a client but did, however, pay an individual who may have been associated with Garcia for performing separate damage estimates.

“It’s complete B.S. that I was involved in barratry,” Taylor said, adding that she has been completely forthcoming and cooperative with those investigating the matter.

Taylor believes Livesay may have named her because she refused to coerce one of her clients into saying Livesay represented him first in a hail claim.

Taylor told the Record that Livesay might have forged a contract with her client and may have been trying to protect himself.

In the peak years of mass hailstorm litigation, barratry lawsuits began surfacing against hail attorneys. Property owners alleged they had unknowingly signed up for representation, contending their signatures were forged or that they signed a disguised document presented by a contractor or adjuster.

In 2016, Livesay agreed to a one-year suspension for demanding damages from an insurance company on behalf of a client he did not represent.

Steve Badger, an insurance litigator with Zelle LLP in Dallas, says Livesay was one of the first attorneys involved in the Lambco scheme.

“Livesay clearly allowed Lambco solicitors to sign up clients on his behalf and then disguise the referral payment as an estimate fee,” Badger told the Record.  “Whether other attorneys engaged in the same scheme remains to be seen.”

Badger says the Texas Department of Insurance is continuing its investigation of additional attorneys involved in the Lambco scheme.

“We don’t know their identities,” he said. “But there is also a civil barratry class action lawsuit pending against the Speights & Worrich law firm also arising from the Lambco scheme.”

Badger and his team were instrumental in exposing the scheme.

“Homeowners started calling our insurance company clients stating their insurance checks had been taken by Lambco and they never received new roofs,” Badger said. “After receiving several of these calls, we filed a class action lawsuit against those involved in the Lambco scheme.”

All three individuals are named as defendants in the class action.

“We have over 100 class members who had their insurance checks totaling over $500,000 stolen by Lambco,” Badger said. “Given this theft and Livesay’s testimony, one would have to expect that indictments of one or more of these people are forthcoming.”

“It’s a perpetual game of wack-a-mole,” Badger said. “Every day we get reports of new schemes. Incredibly some of these involve the same ‘estimate fee in exchange for client referrals’ scheme that got Livesay indicted. We are working with the TDI Fraud Unit to expose and bring an end to these new schemes.”

While barratry may always be an issue in Texas, Badger says the TDI Fraud Unit should be commended for its efforts in obtaining the Livesay conviction.

“Several years ago, TDI made barratry and other abuses in hail claims a priority issue, and the Livesay conviction shows they were serious,” Badger said.

“I’m looking forward to hearing about additional indictments in the months ahead. Perhaps eventually the people out there trying to rip off insurance companies for their own financial gain will realize that the gig is up and they are going to get caught.

“I’ve devoted my practice to making sure we get to that point.”

Livesay resigned his law license in lieu of discipline, according to the state bar.

Want to get notified whenever we write about Texas Department of Insurance ?

Sign-up Next time we write about Texas Department of Insurance, we'll email you a link to the story. You may edit your settings or unsubscribe at any time.