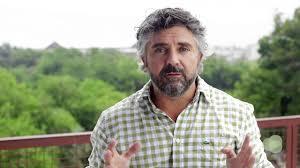 SAN ANTONIO – If all goes as planned, Martin Phipps, one of the attorneys representing Bexar County in its opioid lawsuit, hopes to stand before a jury next October and ask them to award his client $1 billion in damages.

But before that can happen, Phipps may have to answer some questions, as The Record has obtained documents showing that the attorney may have made “straw man” donations through Jason Reichl, a former Phipps employee who is currently facing criminal charges.

Court records show Reichl was charged with financial theft in March. As of Nov. 5, court records indicated he was awaiting indictment.

And while specifics on the criminal case proved difficult to unearth, records do show that Phipps and his firm, Phipps Deacon Purnell, filed a civil complaint against Reichl on July 11, alleging that he and several other former employees, along with their family members, stole $12.3 million.

A motion to seal, which followed the petition, states that Phipps and his firm have “substantial interests in preventing public disclosure” because the documents contain “personal and sensitive financial information.”

Not every document in the case is under seal, however.

The Record was able to obtain an exhibit, filed on July 12 (the same day as the motion to seal), showing what appears to be several instances of Phipps, through his entity Martin Phipps, PLLC, making “straw man” contributions through Reichl.

Section 253.001 of The Texas Election Code prohibits a contribution or expenditure in another’s name. Violations constitute a Class A misdemeanor.

According to the exhibit, on Dec. 31, 2017, Reichl wrote a $5,000 check to the Monique Diaz for Judge campaign. The names of Jason Reichl and his wife, Andrea Reichl, appear on the check.

Andrea Reichl is also a defendant in Phipps’ suit.

Diaz’s campaign lists the contribution from Andrea, as Reichl had previously maxed out his donations to Diaz’s campaign, records show.

The exhibit shows Reichl submitted an expense voucher for the contribution, which was approved on Jan. 2, 2018. Five days later, Martin Phipps, PLLC issued a reimbursement check to him that appears to include the $5,000 contribution made to Diaz.

Wolff has been quite vocal about his hopes for the county’s opioid lawsuit.

The invoice indicated that it was paid and Reichl submitted an expense voucher requesting repayment for a $5,000 check noted as “NW” (presumably Nelson Wolff), which also appears to have been paid on the reimbursement check of Jan. 7, 2018.

However, it’s possible that Reichl never made the contribution to Wolff’s campaign, as the county judge’s finance chair stated in an affidavit that the campaign did not receive any contributions from Reichl in 2017.

On Sept. 12, 2017, Reichl submitted an expense voucher for reimbursements for political contributions made to Monique Diaz ($5,000) and Patricia Alvarez ($5,000).

Martin Phipps, PLLC appears to have reimbursed Reichl for the contributions on Nov. 2, 2017, according to the exhibit.

In addition to possibly violating the prohibition on “straw man” political contributions, the reimbursed contributions to the Diaz and Alvarez campaigns also appear to have evaded the statutory limits on how much money a law firm may stuff into the coffers of judicial candidates.

The campaign finance reports for Diaz and Alvarez reflect that each campaign received a $5,000 contribution from Martin Phipps, PLLC.

$5,000 is the maximum that a law firm entity may contribute to a judge or judicial candidate for a district court bench in Bexar County. There is a separate cap for a law firm group, which includes a firm and its employees.

Nirenberg’s campaign finance report reflects receiving contributions from Reichl as well as Phipps and other employees of Phipps’ firm.

The city of San Antonio has a contribution limit of $1,000 on contributions to mayoral candidates.

Possible “straw man” donations aside, Phipps’ lawsuit against Reichl isn’t the only one the attorney wants to keep from view.

On Oct. 29, Martin Phipps, PLLC filed suit against three individuals with connections to his firm, seeking to secure the return of “its personal property” and “proprietary business information.”

A hearing on the sealing order has been slated for Nov. 26, court records show.