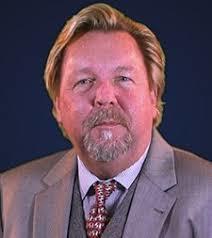 BEAUMONT – Local trial lawyers wasted no time in filing litigation over the TPC plant explosion, as Brent Coon has become the latest area attorney to seek a restraining order to preserve evidence.

On Nov. 27 at 1 a.m., two loud explosions awakened Port Neches residents when tanks at TPC ruptured, causing damage to surrounding businesses and homes and releasing chemicals into the air.

“Our first goal is to preserve evidence and initiate our own independent investigation of what transpired,” a Coon press release states.

“Internal company investigations are usually self-serving and protective in nature and thus inherently unreliable, typically pointing the finger at low level employees when the incidents are most often caused by management driven shortcuts, process safety management shortcomings, obsolete and antiquated equipment, and lack of adequate monitoring and warning systems.”

Coon has experience with such cases, as he sued BP following the 2005 Texas City plant explosion that took the lives of 15 workers.

“Once again we have another major explosion in another petro-chemical plant,” Coon said. “It has sadly become almost epidemic.  Most plants are allowed to self-police health and safety issues with minimal state or federal oversight.  It is time for the government to step in and heighten the level of scrutiny of these facilities.”

Want to get notified whenever we write about BRENT COON AND ASSOCIATES ?

Sign-up Next time we write about BRENT COON AND ASSOCIATES, we'll email you a link to the story. You may edit your settings or unsubscribe at any time.