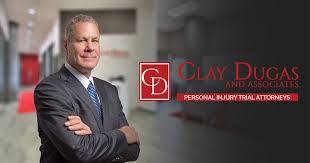 BEAUMONT – Following a three-week trial, a Jefferson County jury awarded a local man more than $17 million in damages for injuries he received when a truck driver for Genesis Energy slammed into the rear of his smoking vehicle.

According to the plaintiff’s petition, on Feb. 13, 2017, Simpson was traveling south on I-10 when the GMC Terrain he was driving began to lose power and smoke started billowing out, forcing him to move right to get off the interstate.

Benfield, who was driving a tractor-trailer pulling a load of toxic chemicals, was traveling behind Simpson and struck the rear of his vehicle, crushing the rear end and forcing it to careen off of the median wall.

“Defendant driver Benfield was suffering from sleep apnea, exhaustion and fatigue from long hours on duty for Genesis Energy,” the suit states. “Benfield was trying to stay awake as he approached the cloud of smoke caused by Simpson’s car but video shows he was falling asleep in the seconds prior to impact.”

The suit also states Benfield’s vehicle was still on cruise control when the collision occurred and that he made no effort to avoid the collision or even brake.

Court records show the GMC Terrain belonged to Yulonda Eldridge and that Two Amigos Auto Repair had serviced the vehicle prior to the incident.

In fact, Genesis Energy had filed a motion to designate Two Amigos Auto Repair as a responsible third party back in July.

“The smoke from the vehicle was so significant that it impeded the visibility of the traffic behind Simpson,” the motion states. “Defendant Benfield, who was driving behind Simpson in the same lane, was unable to see Simpson’s vehicle almost stopped ahead in the lane of traffic.

“Two Amigos is the auto repair company that performed service work on Plaintiff Eldridge’s vehicle prior to the incident.”

Court records show Two Amigos was non-suited on Nov. 19, right before the case went to trial.

The trial lasted for three weeks and came to a conclusion on Dec. 11, with jurors finding no negligence on Simpson’s part, assigning all the blame to Genesis Energy and Benfield.

Two Amigos did not appear on the jury charge.

Eldridge was awarded $20,000 for her loss of property.

The jury also found that the harm inflicted upon Simpson resulted from gross negligence.