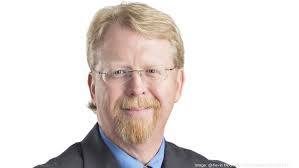 “Equinor  disregarded both express and implied provisions of its lease agreements  with royalty owners and entered into sham transactions with its own  sales and marketing companies in order to manipulate the price paid on  oil and gas production since 2013,” said Provost Umphrey attorney and  lead counsel Bryan O. Blevins, Jr.  “These transactions – combined with runaway cost deductions – caused  royalty owners to be left holding the short stick by a company that they  trusted would pay them what they were rightfully owed.”

Equinor/Statoil  entered the Texas oil and gas market in 2010 by acquiring leases and  wells in the Eagle Ford Shale under a joint venture with  Repsol/Talisman. The joint venture eventually included 4,000 royalty  owners, 2,800 oil and gas leases covering 59,000 net acres and 494  producing wells.

Provost  Umphrey believes Equinor/Statoil engaged in practices that violate not  only the express and implied terms of royalty owner leases but also the  Texas Natural Resources Code. The lawsuits further allege that  Equinor/Statoil and its related entities committed fraud and conversion  and engaged in a civil conspiracy to deprive royalty owners of their rightful payments.

“Our  clients have been systematically and intentionally underpaid by  Equinor/Statoil for their mineral rights, and our goal is to make sure  that the appropriate parties are held accountable,” says Blevins.