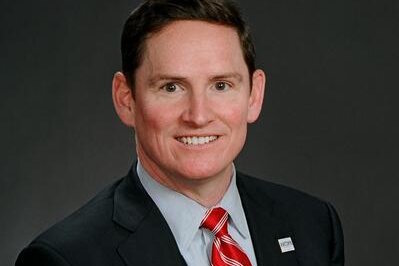 DALLAS – An order authorizing the sale of estate property was recently granted, allowing Dallas County Judge Clay Jenkins to buy up the law firm of the late Brian Loncar.

Jenkins, who is also the executor of Loncar’s estate, has been entangled in litigation with Loncar’s widow since the attorney's passing.

Brian Loncar died from a cocaine overdose on Dec. 4, 2016, just days after his daughter committed suicide.

In June 2018, Sue Loncar filed a lawsuit alleging her late husband hid millions from her with the help of Jenkins.

As previously reported, Jenkins’ attorney, Ted Lyon, told The Record that he and his client “completely deny 100 percent” Sue Loncar’s allegation that Jenkins helped to hide and divert funds.

Lyon is more than just a hired lawyer to Jenkins. Court records show Lyon formed a group with Jenkins to buy up Loncar’s firm.

Late last year, Abby and Hailey Loncar, the primary beneficiaries of the Brian U. Loncar Living Trust, and Jenkins, as the trustee of the Trust, filed a motion to authorize sale of estate of property to the executor (Jenkins).

The motion was granted on Dec. 2, allowing the sale of Brian Loncar P.C. to Jenkins and Lyon, court records show.

Jenkins has also been accused of going against what Loncar wanted for his firm after his death.

In May 2018, Lydia Elizondo Mount, a former Loncar & Associates attorney, filed a wrongful termination and discrimination claim against the firm and Jenkins.

“Upon information and belief, Loncar left one or more notes in the office containing his instructions as to what he wanted to happen with his business after his death … Defendant CLAY JENKINS gathered these notes and LONCAR’s wishes were not carried out,” the suit states. “Very soon after Brian Loncar died, Defendant CLAY JENKINS, a self-described friend of Brian Loncar, unilaterally asserted control over LONCAR & ASSOCIATES.

“At the time he asserted control, JENKINS had a full time job as the elected Dallas County Judge earning a salary in excess of $175,000 a year.”

Mount also asserts Jenkins attempted to buy the firm at “a deeply discounted price” but the sale did not go through.

As previously reported, Lyon told The Record that Jenkins denies the allegations and that everything he has done has been according to the law.

COUNTY OF DALLAS • LONCAR AND ASSOCIATES