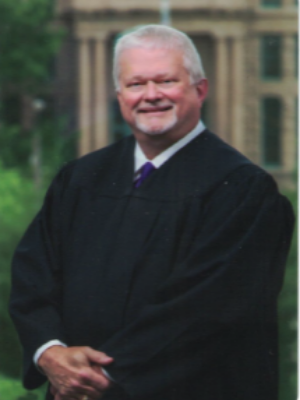 Three appeals court judges determined that a trial court erred when it denied a local hospital’s plea to the jurisdiction and motion to dismiss in a malpractice lawsuit against it.

Justice Mike Wallach of the Court of Appeals in the Second Appellate District of Texas at Fort Worth wrote the opinion. Justices Wade Birdwell and Elizabeth Kerr agreed.

“Because [defendant University of North Texas Health Science Center] did not have timely and proper formal or actual notice of the incidents giving rise to [plaintiff Robyn Walton’s] claims under the Texas Tort Claims Act, the trial court’s order denying UNTHSC’s plea to the jurisdiction and motion to dismiss was improper,” wrote Justice Wallach.

The hospital insisted it didn’t receive a notice of the claim until February 15, 2016, which is nine months after the surgery in question occurred on May 14, 2015. Ultimately, UNTHSC didn’t get a notice of Walton’s claims against it before the lawsuit was actually filed, but it did receive the claims against the physician who performed the allegedly faulty surgery. UNTHSC said this is untimely, and the appeals court agreed.

“Other than the letter to Dr. Yurvati, UNTHSC’s only other formal notice of claim for liability to Walton was the filing of suit by Walton on January 19, 2017, which service on January 20, 2017,” the judges determined. The only way Walton could win the case is if UNTHSC received an actual timely notice of her claims, which it didn’t.

In her malpractice lawsuit, Walton alleged she was treated for upper thoracic syndrome and thoracic outlet syndrome (TOS). She underwent thoracic outlet surgery on March 14, 2015 at the hospital. Dr. Albert Henry Yurvati allegedly breached the standard of care when he “partially excised the right second rib,” according to the opinion. She continued getting treatment for nearly seven months before going elsewhere in December 2015 after realizing her symptoms were still going strong. The physician at the new hospital allegedly corrected Dr. Yurvati’s wrong before Walton sued UNTHSC. The hospital appealed after the lower court denied its plea to the jurisdiction.

Want to get notified whenever we write about MEDICAL CLINIC OF NORTH TEXAS ?

Sign-up Next time we write about MEDICAL CLINIC OF NORTH TEXAS, we'll email you a link to the story. You may edit your settings or unsubscribe at any time.