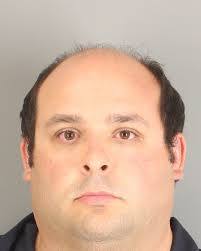 BEAUMONT – Stephen Hartman, who has gained some notoriety for his bounty hunting exploits and work as a process server, recently lost another appeal.

On Feb. 6, the Ninth Court of Appeals affirmed the dismissal of Hartman’s suit against Steven Broussard, the bailiff who arrested him for trying to serve a judge during court.

In May 2013, Hartman attempted to serve former district judge Layne Walker while he was holding court, leading to his arrest for disrupting court proceedings.

The evidence shows deputies instructed Hartman to leave but he refused. He was then handcuffed and forcibly removed. The criminal charges against Hartman were dismissed, as an internal affairs investigation found the deputies mishandled evidence.

In turn, Hartman brought a civil suit against Walker, which ended up in the U.S. Court of Appeals and was ultimately dismissed.

Court records show Hartman’s suit against Broussard was dismissed because the trial court granted Broussard’s plea to the jurisdiction.

On appeal, Hartman argued the trial court erred because he sued Broussard in his individual capacity and not his governmental employer.

Hartman is known locally for more than just trying to serve a judge during court. A few years ago, Hartman drew media attention when he was convicted of deadly conduct.

While working as a bounty hunter, Hartman had attempted to run some women off the road and pointed a gun at them.

Want to get notified whenever we write about KLEIN INVESTIGATIONS & CONSULTING ?

Sign-up Next time we write about KLEIN INVESTIGATIONS & CONSULTING, we'll email you a link to the story. You may edit your settings or unsubscribe at any time.