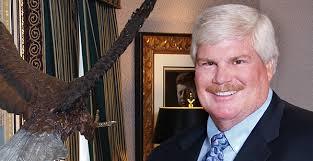 HOUSTON – When a partner withdraws from his firm, John Eddie Williams “has a history of arbitrarily and capriciously manipulating account balances,” alleges Steven Kherkher in a recently filed lawsuit.

Kherkher filed a breach of contract suit against his former business partner, Williams, and law firm, on Dec. 30 in Harris County District Court.

As previously reported, the lawsuit originally could not be accessed online and the District Clerk’s Office told The Record the petition was filed under seal. However, the case can now be viewed online.

According to the lawsuit, Kherkher began working for Williams in 1990 at a partnership known as Umphrey, Burrow, Reaud, Williams & Bailey, which has since gone through many name changes and is currently known as Williams Hart Boundas & Easterby.

In January 2019, Kherkher obtained a $6.5 million verdict and shortly thereafter informed his fellow partners that we wished to resign. The firm’s partners asked him to stay.

The parties then entered into a new agreement, which was formed in February 2019 during a lunch meeting at Pappas Seafood, according to the suit.

“The parties shook hands and hugged once the deal was struck,” the suit states.

The terms of the new agreement were as follows:

- The partnership agrees to pay Kherkher the remaining balance of his capital account ($9,219,752) in 48 monthly payments;

- Kherkher agrees to continue working with the partnership as “of counsel” for an indefinite period;

- The partnership agrees to pay Kherkher $50,000 per case for any cases requiring his help; and

- And the parties mutually agree not to disparage one another.

“Because Kherkher had seen over the course of his 29 years at the Partnership how the year-end capital account balance would often be reduced after reconciliation, the $9.2 million figure was agreed upon as a set number and specific to term to the New Agreement,” the suit states.

“In fact, Williams has a history of arbitrarily and capriciously manipulating account balances upon the withdrawal of a partner.”

Kherkher claims to have observed Williams distributing “abnormally large bonuses” and spending large sums arbitrarily. He says he would not have entered into the new agreement if the $9.2 million term had been subject to later reconciliation.

Once the new agreement was made, the partnership began making payments to Kherkher. However, in late March, Williams introduced a written separation agreement, which was unilaterally drafted and contained terms that had not been agreed upon, according to the suit.

In late August, the partnership claimed that the amount of Kherkher’s capital account balance had been reconciled, reducing the amount of payments made to him and demanding more than $200,000 in reimbursement for previous overpayments.

“The Defendants’ failure to pay the full amount agreed upon constitutes a breach of the New Agreement,” the suit states.

Kherkher is requesting declaratory judgment and an accounting and inspection.

He is representing himself and is currently a partner at Kherkher Garcia, a Houston law firm.

Want to get notified whenever we write about WILLIAMS KHERKHER ?

Sign-up Next time we write about WILLIAMS KHERKHER, we'll email you a link to the story. You may edit your settings or unsubscribe at any time.