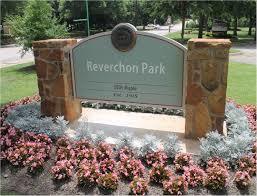 DALLAS – The city of Dallas was recently hit with a lawsuit alleging it violated Texas law by ceding control of a public park to a private developer.

Charlotte and Robert Barner filed suit against the city and Reverchon Park Sports and Entertainment on Feb. 6 in Dallas County District Court.

On Jan. 8, city council voted to approve the “Stadium Lease” without complying with public notice and hearing requirements, according to the lawsuit.

The $10 million project permits RPSE to turn the Reverchon Park baseball field into a concert venue and stadium.

The Barners are seeking a judgment declaring that the council failed to comply with Chapter 26 of the Parks Code when it voted to approve the stadium lease; that the council exceeded its lawful power by ceding ultimate control of public park land to a private party for an excessive period of time in violation of state law; and that the lease is void and of no force or effect.

In their suit, the Barners state that they are avid bird watchers and keep binoculars nearby.

“A pair of barred owls and a pair of hawks bring their offspring on hunting expeditions over Reverchon Park each season. Falcon also hunt in the Park,” the suit states.

“But it does not appear that the City or RPSE have seen fit to commission any studies to assess the potential impact of the proposed stadium development, the crowds, the light, the noise, and the trash on the wildlife who now inhabit this wooded oasis surrounded by Dallas’s concrete jungle.”

The suit comes at the same time the city was hit with a $23 million jury verdict for getting paid to allow Trinity East Energy to frack on parkland without ever granting the company official permission.

The Barners are represented by attorney Thomas Whelan of Jennifer Larson Ryback.

Want to get notified whenever we write about City of Dallas ?

Sign-up Next time we write about City of Dallas, we'll email you a link to the story. You may edit your settings or unsubscribe at any time.