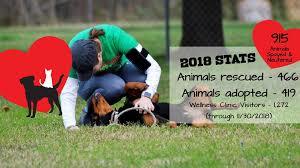 HOUSTON – Even though she signed a release and declined medical treatment, Autumn Biscamp sued Special Pals after a dog bit her at the animal shelter.

The lawsuit netted Biscamp a $204,000 jury verdict but the trial court rendered a take-nothing judgment against her. On Feb. 13, the First Court of Appeals affirmed the ruling.

Pals, a no-kill animal shelter, rescues dogs and cats, providing them with temporary shelter and medical care until they can be adopted. Pals also works with the Harris County Community Supervision and Correctional Department and is an approved location for individuals to perform court-ordered community service.

After a court ordered Biscamp to complete community service hours, she selected Pals. On May 31, 2015, she signed a waiver and began her service a few days later, court records show.

On her first day, a 55-pound black lab bit her on the right knee. The shelter bandaged the wound and Biscamp completed an incident report. Biscamp signed the report underneath her notes and again under a pre-printed statement, which read: “*NO MEDICAL ATTENTION WAS DESIRED AND/OR REQUIRED.”

Biscamp continued working and did not go to a doctor. Later that day, she went to two urgent care clinics, which she said “didn’t do anything.” Biscamp ended up going to a third medical provider, who cleaned the knee and gave her antibiotics and pain medication.

On June 5, 2015 (two days after the incident) Biscamp’s leg was swollen and painful. She testified that she went to a hospital, where she was diagnosed with flesh-eating bacteria and underwent surgery.

Biscamp testified that afterwards she could not walk for two weeks. Although she was supposed to do physical therapy, she only went once, court records show.

At trial, a jury found that both parties were negligent, assigning the majority of the blame (70 percent) to Pals, court records show.

Biscamp was awarded $129,000 for past and future medical expenses, plus $75,000 in damages for her pain, impairment and disfigurement.

However, the jury also found that Biscamp understood the release waivers she signed, which cleared Pals of liability for dog bites.

Court records show Pals moved for judgment on its affirmative defense of release. After a hearing, the trial court granted the motion and rendered a take-nothing judgment against Biscamp.

On appeal, Biscamp argued that the trial court erred because the pre-injury releases she signed did not comport with the express negligence doctrine.

“The releases, read as a whole, expressly and unambiguously state Pals’s intent to be released from all liability caused by its own failure to ensure a safe environment for volunteers with respect to the risk of injuries from dog bites that might occur,” the First Court’s opinion states. “The release language sufficiently defines the parties’ intent and affords fair notice that Pals intends to be released from claims of its own negligence.

“We hold that the releases are sufficient to satisfy the requirements of the express negligence doctrine.”

Pals is represented by the Houston law firm Daw & Ray.